Poppr version 2.6.0 has officially been released on CRAN and should be built for all operating systems within the next few days 🎉. You can check out the NEWS for full details. This release features a new function called boot.ia() to assess how the Index of Association responds to repeat observations (clones). Perhaps the biggest feature is the change in how minimum spanning networks are plotted.

Minimum spanning networks were originally implemented in poppr by Javier Tabima and I, and since then they’ve gone through some tweaking, eventually including features like reticulation of equivalent paths and a GUI to help construct these networks.

There were two problems, however:

Plotting by radius was especially problematic because they exaggerate differences between groups. Here’s an example of a network that was plotted with the previous version of poppr: 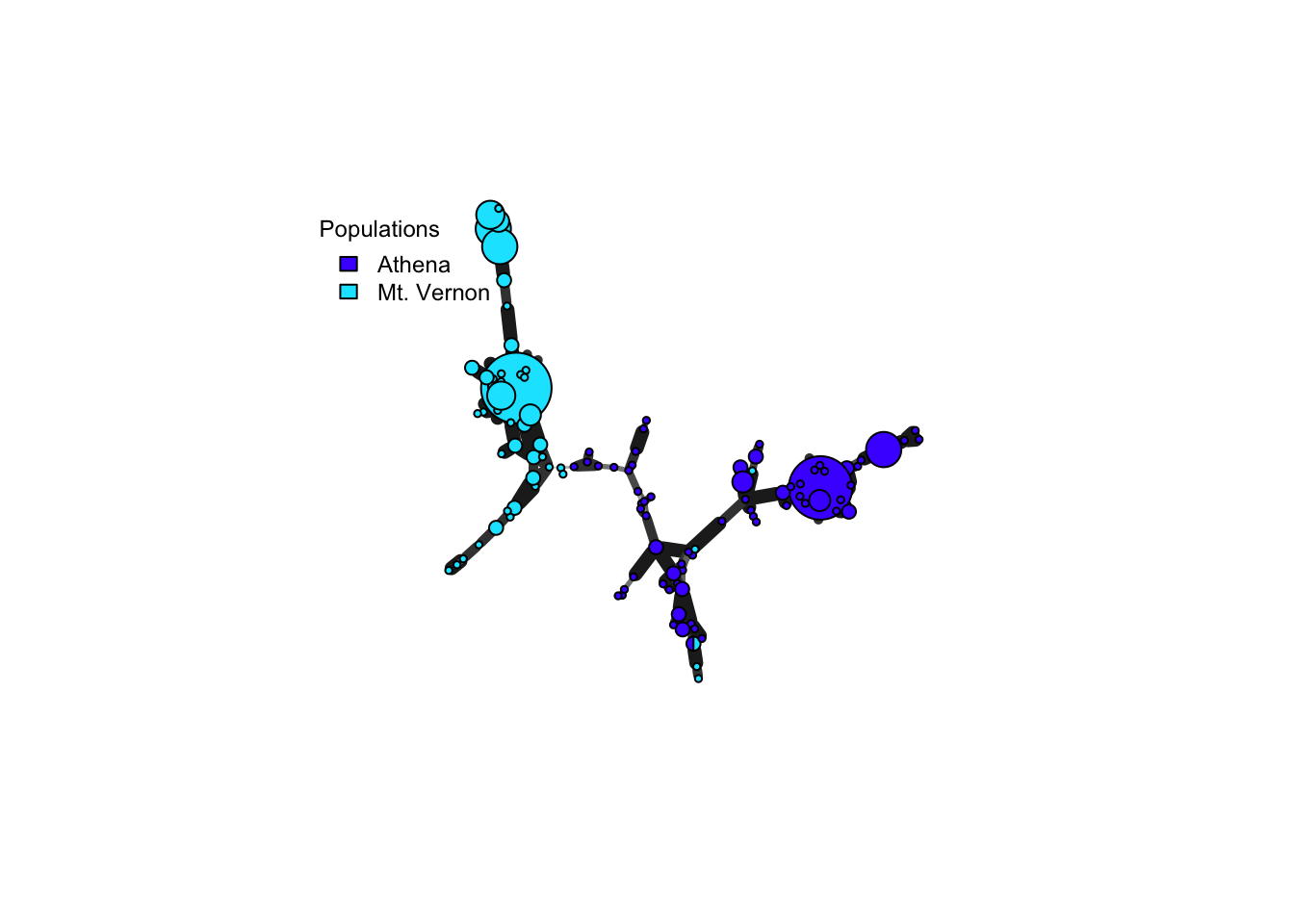 And here’s that same network plotted with the current version: 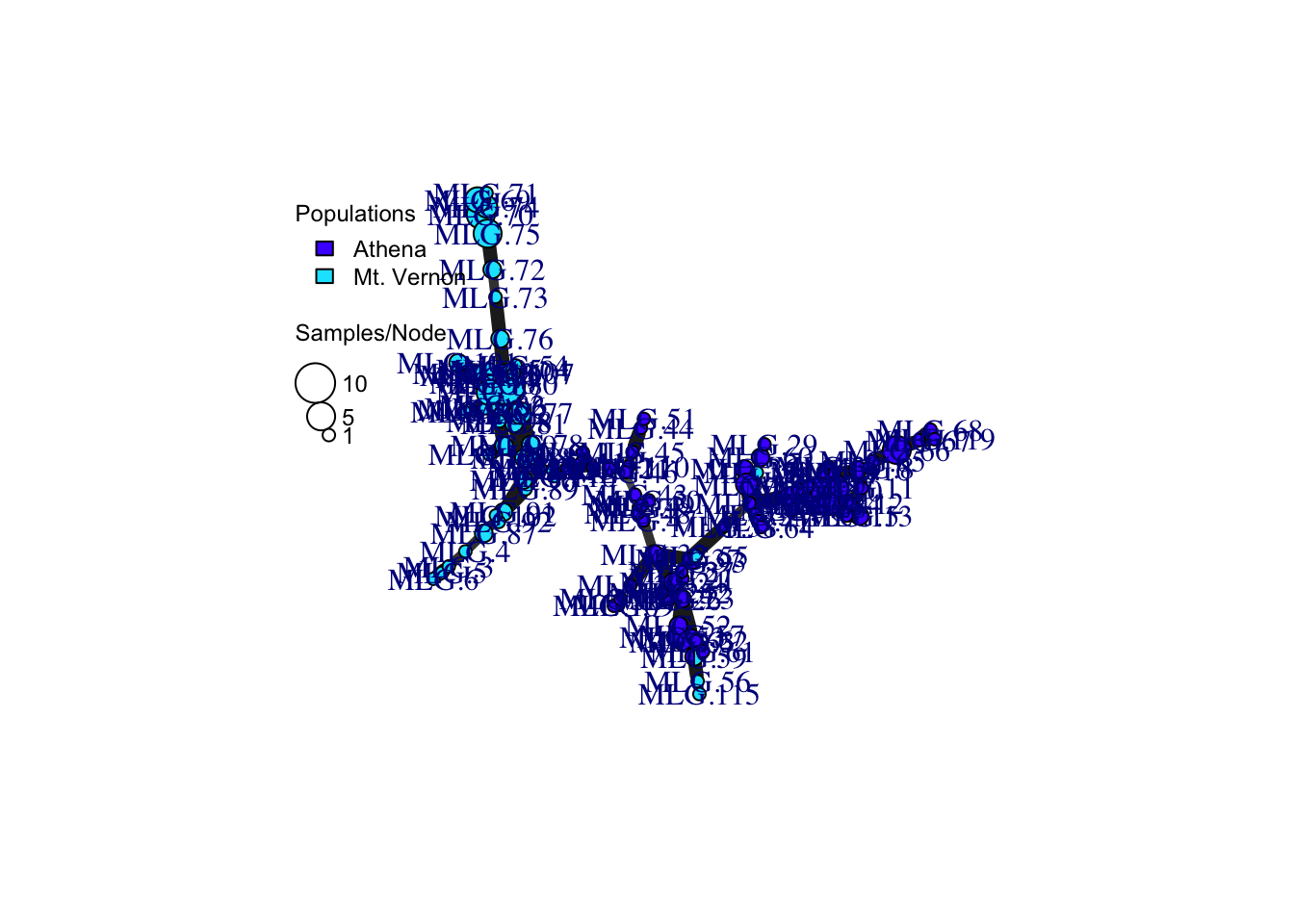 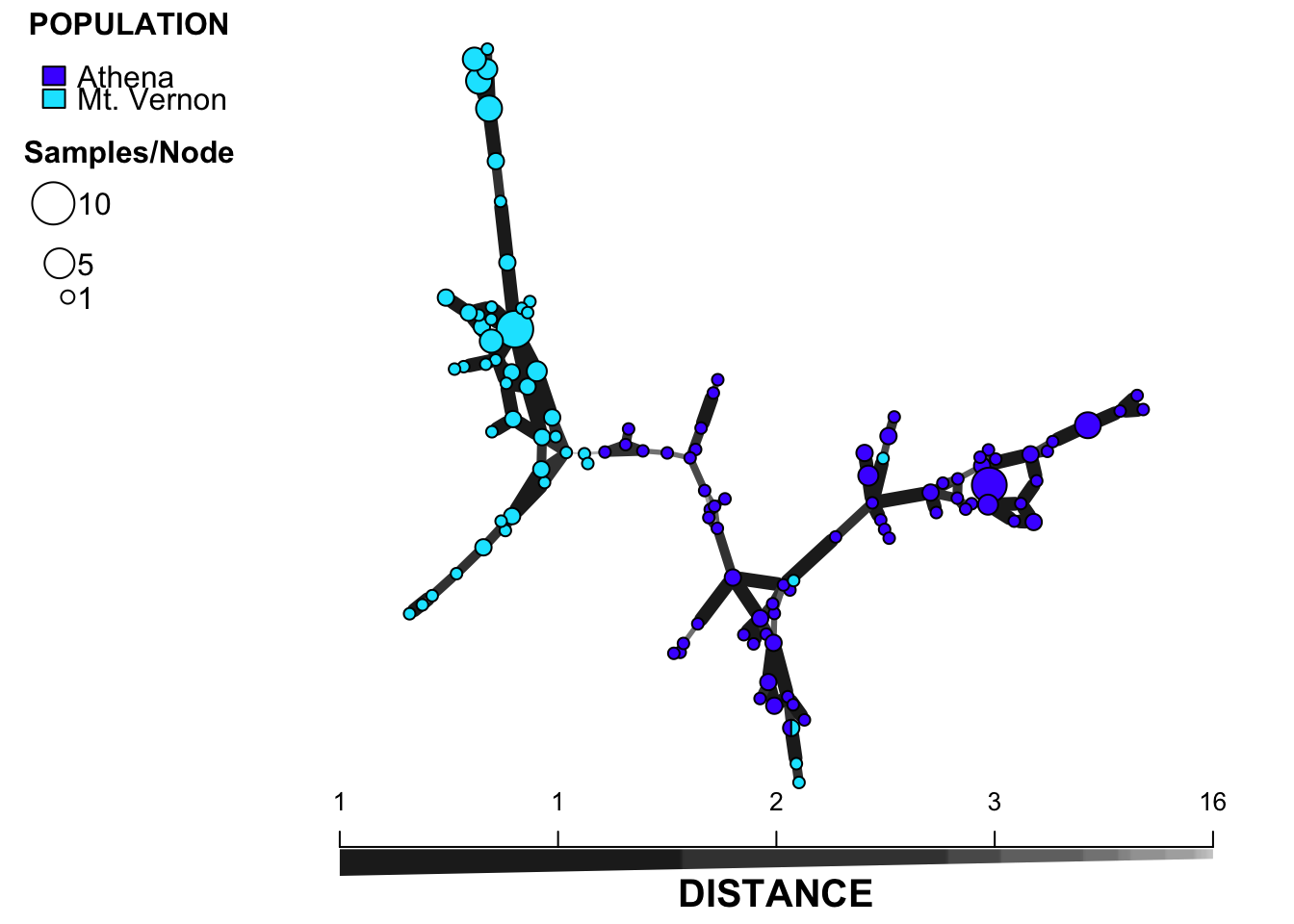